Our Bangin' BBQ sauce is a journey for your mouth, elevating your meat to a whole new level. Give us a try today and I promise you won't regret it. We use some of the best ingredients grown on the planet sun ripened tomatoes, spices and special features from all over the world. 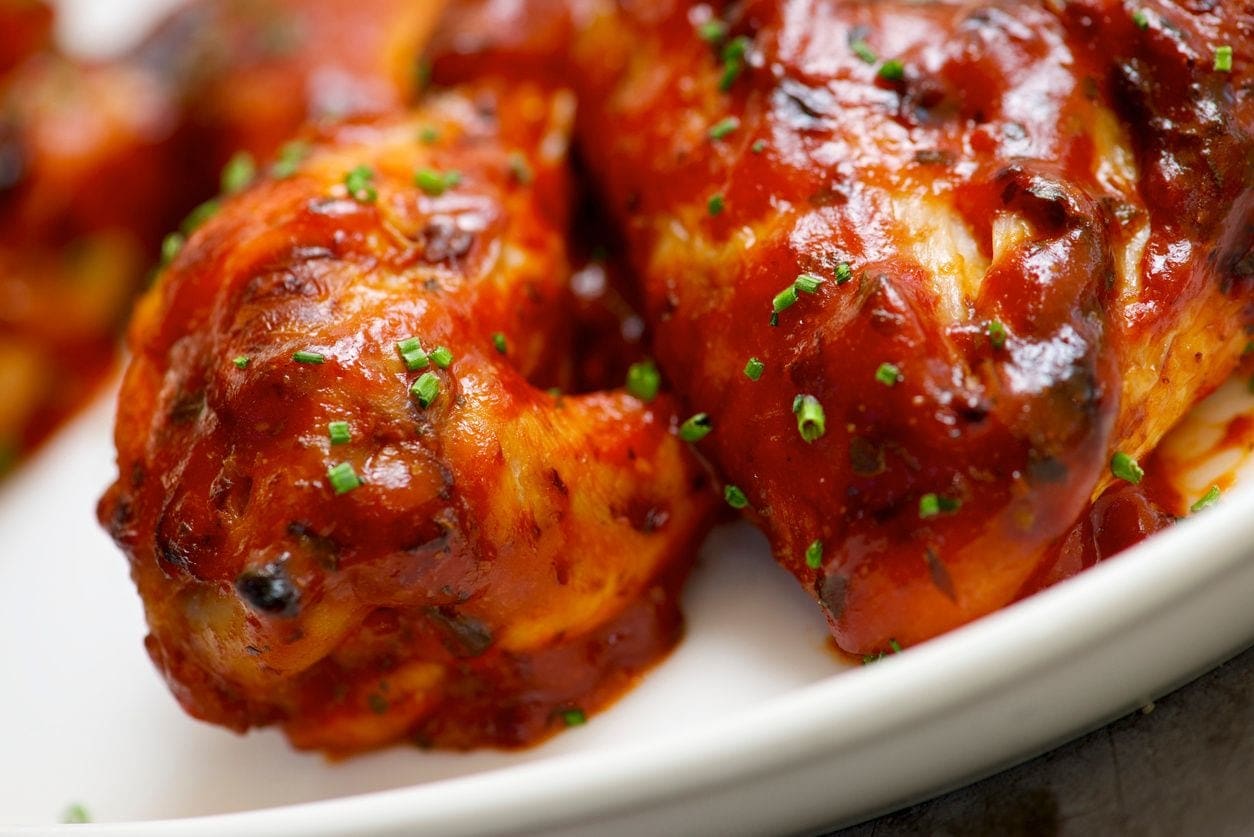 Why Our Sauce Is Special

Our sauce is special because are customers see it as special. It's a sauce that will take you on journey and leavin' you wanting more. Our sauce is made with special care of ingredients as not to bruise the taste and quality. It’s make fresh daily to meet the market demands.

*If you are allergic to certain foods please contact a Doctor or medical personnel before using this product.  brooksbanginbbqsauce.com

Kansas City barbecue refers to the specific inner city style of barbecue that evolved from the pit of Henry Perry in the early 1900s in Kansas City, Missouri, Missouri. The Kansas City Metropolitan Area is renowned for barbecue. Kansas City, Missouri has more than 100 barbecue restaurants and is known in Missouri as "world's barbecue capital." There are large, well-attended barbecue cooking contests, the two most notable being in nearby Lenexa, Kansas and at the American Royal. Kansas City barbecue is characterized by its use of different types of meat (including pulled pork, pork ribs, burnt ends, smoked sausage, beef brisket, beef ribs, smoked/grilled chicken, smoked turkey, and sometimes fish) along with its sweet and tangy sauces which are generally intended for liberal use. A majority of restaurants also offer a spicy variety of the staple sauce. Ribs are mostly pork, but also come in beef varieties and can come in a number of different cuts. Burnt ends, the flavorful pieces of meat cut from the ends of a smoked beef or pork brisket, are a popular dish in many Kansas City area barbecue restaurants. Kansas City barbecue is also known for its many side dishes, including a unique style of baked beans, french fries, cole slaw, and other soul food staples.

The History Of Barbecue Sauce

"Hunger is the best sauce." Cervantes in Don Quixote

These prehistoric iron chefs discovered that they could also improve flavor and mouthfeel with smoke, salt, seeds, and leaves, as well as basting meat with wine, vinegar, and oils. Especially if the meat was on its way towards funky.

Preserved meats, especially dried meats, were often soaked in liquids to bring them back to life as stews, swimming in sauce based on such as water, oil, juices, dairy, and even blood. In fact the word sauce is said to come from an ancient word for salt.

According to Harold McGee's superb book On Food and Cooking: The Science and Lore of the Kitchen, in 239 BCE Chinese Chef I Yin, in "Master Lü's Spring and Autumn Annals" discusses the harmonious blending of sweet, sour, bitter, pungent, and salty, and the importance of balancing them harmoniously in sauces. "The transformation which occurs in the cauldron is quintessential and wondrous, subtle and delicate. The mouth cannot express in words; the mind cannot fix upon an analogy. It is like the subtlety of archery and horsemanship, the transformation of Yin and Yang, or the revolution of the four seasons." The Yin and Yang of mixing sweet and sour is, of course, a Chinese specialty, and at the heart of most barbecue sauces.

McGee also quotes a Latin poem from 25 CE. It describes a farmer pounding herbs, cheese, oil, and vinegar, and adding it to a flatbread. The paste sounds quite a bit like pesto genovese, and the flatbread sounds like a pesto pizza or calzone.

Apicius, the famous Roman cookbook written in the 4th or 5th century, had about 500 recipes, more than 100 of them for sauces. Fermented fish sauce, called garum, was big in those days. Look at the ingredients list of Worcestershire sauce and you will find anchovies right near the top. Anchovies are a great source of the savory flavor component known as umami. Look carefully at the ingredients lists of modern barbecue sauces and you will often find Worcestershire. In fact Worcestershire is the backbone of the most obscure of our regional barbecue sauces, Kentucky Black Barbecue Sauce. Lea & Perrins Worcestershire Sauce was introduced in England in 1837, and appeared in the US around 1849.

French, Italians, Spanish, and Portugese chefs became masters of sauces and gravies, and in a French kitchen the title of saucier is hard earned. In the Middle Ages, Europeans often used sweet grape juice in sauces, then wine, which is grape juice that has been fermented by yeast, and then vinegar, which is wine that has undergone a further fermentation by bacteria. Today, vinegar is in practically every barbecue sauce on the market.

One myth needs busting here. Contrary to what you may have read, sauces were not invented to cover the smell and taste of spoiled meat. Spoiled meat tends to make people sick or dead, so, although covering it with a sauce might make it more palatable, people who used this strategy probably tried it only once.

Sauces no doubt had roots in marinades and bastes. Marinades were employed to soak foods and moisturize it.

Click the big button below and start shopping today